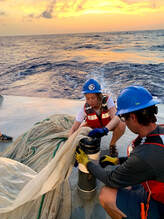 I am an Integrative Biologist that uses techniques from various scientific disciplines (marine, molecular, and evolutionary biology, 'omics and bioinformatics) to address a range of questions concerning marine invertebrates. I am particularly interested in investigating the processes underlying diversity in marine ecosystems and the potential for organisms to respond and adapt to their environment. Given most of the world oceans are vastly underexplored, I am particularly interested in applying these questions and techniques in the deep sea, one of the final great frontiers for exploration. 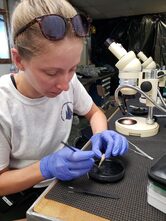 Adaptation & Species Resilience
I am broadly interested in the resilience of marine fauna and their ability to adapt to harsh or changing environmental conditions, including anthropogenic change. More specifically, I am interested in examining the processes underlying trait variations and to what degree this variation is due to genotypic differences, epigenetic factors and / or evolutionary history. Modern tools and techniques of the genomic era are providing an unprecedented means to address critical biological questions for non‐model taxa, including deep-sea fauna. 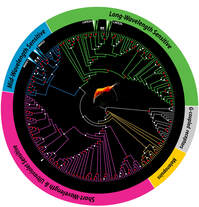 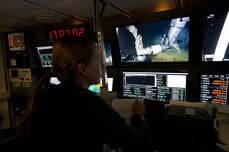 Sensory Systems Biology
Sessile invertebrates, including corals, synthesize compounds and metabolites that are used for chemical defenses, though many species also house invertebrate epibiota. Some chemical compounds may also play an important role in ecological associations. I am particularly interested in understanding how  invertebrates locate and differentiate (i.e., tactile, chemoreception, visual cues or combination) among their hosts and the role of sensory system evolution in marine symbioses.